Share All sharing options for: A Looper? "A Looper. You know, a Looper, a caddy, a jock."

Braden Looper.  Offense was at a minimum tonight in this unlikely pitcher's duel.  Looper went 7 innings, giving up 2 runs, 2 BB and striking out 4 for the win. 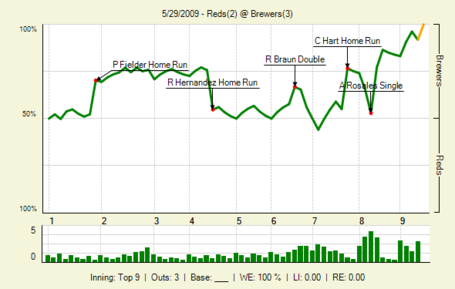