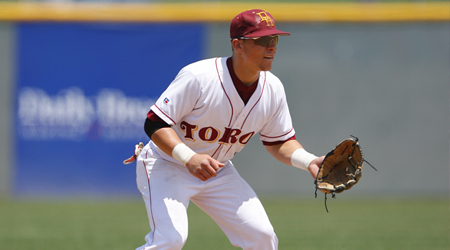 We're going to again Dayton for the next Featured Farmhand, as we look at who may be the hottest hitter in the system right now, Dragons infielder Cody Puckett.