Share All sharing options for: Freaking Oswalt still doesn't get the loss!

Laynce Nix.  Nix was the only Red with multiple hits in this game, going 2-4 with a home run.  However, it was a real team effort tonight in a hard-fought win over the Astros and evil witch doctor Roy Oswalt.  Wanna know how it happened? 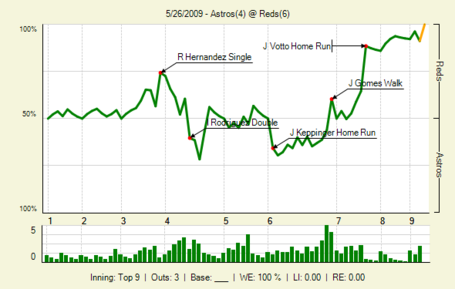