Jonny Gomes.  The recent callup was batting cleanup today and responded by going 3-4 with a walk and 3 RBI. 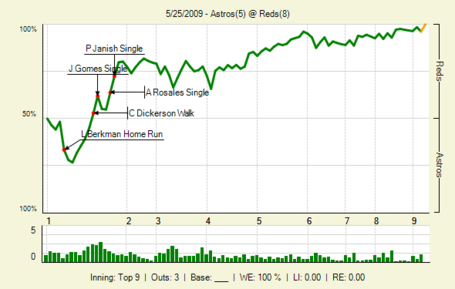