Ryan Howard.  1-3 with a home run, RBI, and a walk.  No one was a particular standout in this game, and Howard's solo shot to open the scoring turned out to be the margin of victory. 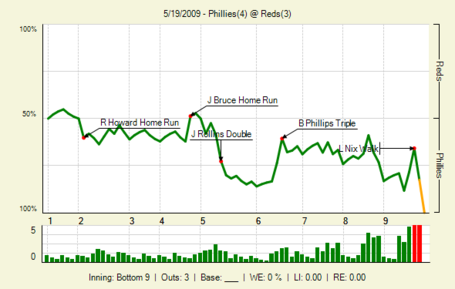