Share All sharing options for: Farmers Only: State Of The Farm Address (04.30) 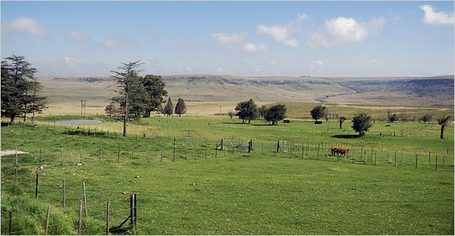 With the Reds enjoying an off day today, I figured it'd be a good day to take a look at how the farm system is looking 3 weeks into the season.  First, we'll look at each team in their respective divisions and leagues, take a look at the RR Top 15 prospect list, and look at the top performers so far this season.

LOUISVILLE BATS (AAA) - The Bats are 11-8 and leading the International League West by one game over Toledo.  Current Reds 3B Adam Rosales is second in the IL in hitting at .438, and Wes Bankston is tied for second in the league in home runs with 6 so far this season, more than anyone on the big league team.  Bankston is also 6th in the league in RBI with 17, and Rosales is tied for 9th (along with Charlotte's Andy Phillips) with 15.  Norris Hopper is tied for second in the IL with 5 stolen bases, and Rosales also leads the league in slugging and OPS at .754 and 1.233 respectively.  On the pitching side of things, Matt Maloney is tied for 5th in the IL in ERA, and thanks to a spectacular performance earlier this week, Homer Bailey is second in strikeouts with 26.  Compared to the rest of the league, the Bats are 4th in hitting, 3rd in OPS, and lead the IL in home runs with 24.  So far, a solid performance by the boys in Louisville.

CAROLINA MUDCATS (AA) - The Mudcats are 8-12 so far this season, and 4th in the Southern League South, trailing Tennessee by 2.5 games.  Chris Heisey is 3rd in the league in hitting at .353, and Heisey and Juan Francisco are tied for 4th in the SL in home runs with 4.  Francisco is tied for 5th in RBI with 14.  Heisey is also 3rd in the league in SB with 7, to lead the Reds organization, and is also leading his league in SLG and OPS at .647 and 1.110.  Despite an 0-3 record, Travis Wood is 3rd in the league in ERA at 0.83, and Dallas Buck and James Avery are eating innings, holding at 4th and 5th in IP in the league so far.  Carolina's batting .254 as a team so far, but I expect that to improve later on in the season.  This team definitely isn't living up to it's potential, but with the talent present in the lineup every day, things will get better.

SARASOTA REDS (A+) - The S-Reds are 7-12 and surprisingly dead last in the FSL South, 5 games back of Fort Myers.  Yonder Alonso is the star down there, second in the league in HR.  Justin Reed, the leadoff hitter, is 8th in OBP at .417 and tied for 8th in SB with 5.  Jeremy Horst is 8th in the league in ERA at 1.64, and Zach Stewart is tied for 10th in the FSL with 19 strikeouts.  The S-Reds are 3rd to last in hitting at .227, but are 2nd in the league in HR with 11.  The 4.28 staff ERA isn't helping, as that's 2nd to last in the league as well.  Like Carolina, Sarasota's offense has struggled in relation to the talent that's down there.  I expect to see an improvement there as well.

DAYTON DRAGONS (A) - The Dayton Dragons are 5-14 right now, and are dead last in the MWL, 10 games back of Fort Wayne already.  Most players there are struggling, but Kyle Day is 6th in the MWL in OBP at .435, and Cody Puckett leads the league in HR with 4.  Speed demon David Sappelt is tied for 5th in SB with 5.  Matt Fairel is 6th in the league in strikeouts with 24.  Dayton is surprisingly not dead last in hitting as a team, batting .239, but being second to last in ERA at 5.76 as a team is the root of their problems.

Before the season started, we asked you to rate the best prospects in the system, coming up with the RR Top 15.  Here's how they're faring so far:

This list is a list of players who having solid seasons so far, and could break out and make some waves on prospect lists this season:

Lastly, a brief Farmers Only from last night.  Louisville was off, Carolina lost 8-4, Sarasota lost 8-6, and Dayton won again, 2-1.  Today, Louisville plays Buffalo at 6:05, with Matt Maloney starting, Dallas Buck leads Carolina against Chattanooga at 7:15, Matt Klinker takes on St. Lucie for Sarasota at 7, and Leonardo Astorga is scheduled to start for the Dragons at 7:30.