Edinson Volquez - 8 IP, H, BB, 6 K, 0 R, 106 pitches.  This is close to the best start we've ever seen from Volquez.  It's the first time he's ever completed 8 innings in a start.  The closest he came was last September against the Astros when he pitched 7.1 innings 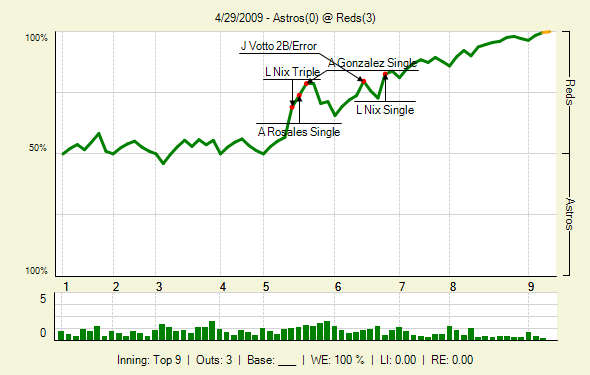