Share All sharing options for: Joey Votto: Canadian for Awesome

I've been browsing through the data trying to find hope for Brandon Phillips and Edwin Encarnacion and all I was finding is despair.  So, to cheer myself up, I decided to check out how totally super fantastic Joey Votto has been.  Let me tell you, he's been really totally super humongously fantastic!

Let's start with the basics:

How's he doing it?  Mainly by hitting everything hard and by using the entire field. 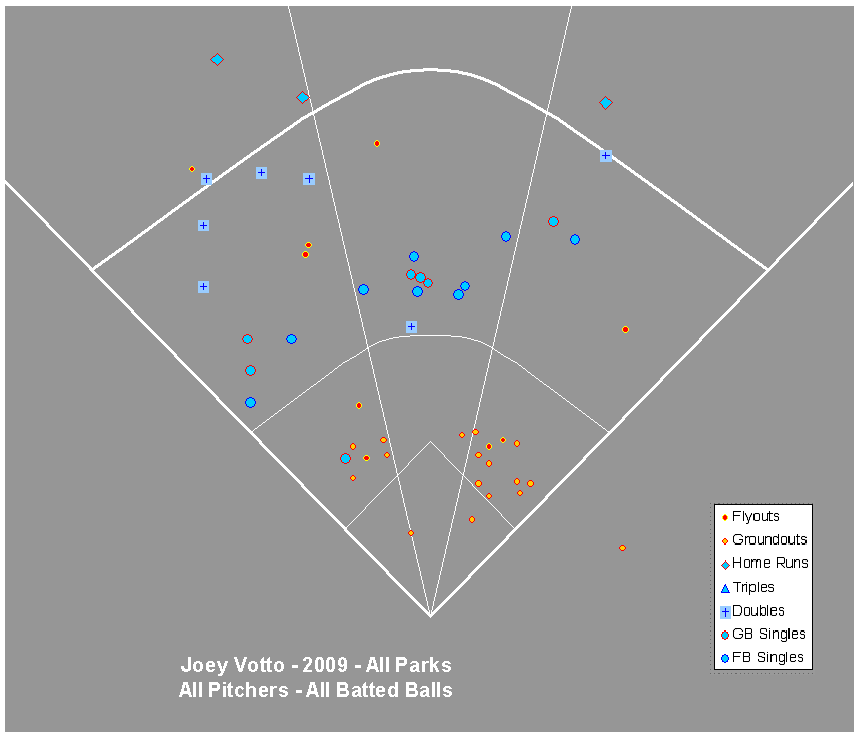 As you can see, Votto is hardly pulling anything to right field.  When he does, it's usually only the ground, with a few pop ups.  The more impressive thing though is that the majority of what he is hitting is going to the outfield, and when it gets to the outfield, it's basically a hit.  Some of this is luck, but Votto is definitely hitting the ball hard (28% line drive rate is top 10 in the league).

So, huzzah for Joey!  You're the only reason for hope when the Reds come to bat right now.  Keep it up!