Oswalt may be invincible, but Valverde was quite vincible

Share All sharing options for: Oswalt may be invincible, but Valverde was quite vincible

Ramon Hernandez - 1 for 3, HR, BB, 2 RBI.  His home run in the ninth inning gave the Reds their only runs on the night.  He also gunned down Michael Bourn, who was attempting to steal 2nd base in the 7th inning. 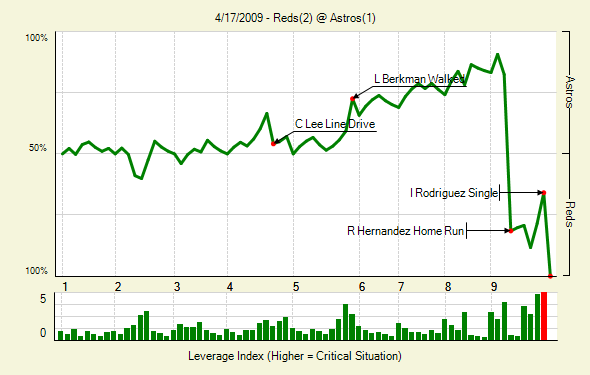