Aaron Harang.  It seems like pitchers are often the JNMSotGs, but Harang is immensely deserving of the honor.  He pitched a dandy today, going the full nine innings and showing us all that he still indeed has the stuff of his ought-to-have-won-a-Cy-Young campaigns from 2006 and 2007.  He recorded 9 strikeouts and no walks. 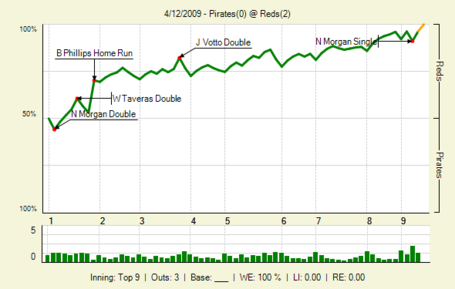