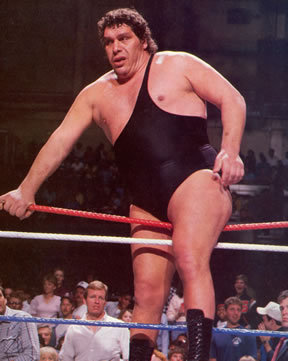 After winning 5 world championships in New York (1885-1957) the Giants have not won a World Series since moving to San Francisco.  They lost to a stacked A's team and an earthquake in 1989.  The Reds beat an even better A's team in 1990 but had the advantage of not having to deal with natural disasters.  In 2002, the Giants should have won but the Rally Monkey thwarted their plans.   That series was also memorable because Dusty's 3 ½ year old son served as a bat boy...and was almost destroyed.   The Giants have had some great players through the years including Bonds, Will Clark, Mel Ott, Willie Mays, Orlando Cepeda, Willie McCovey,and  Juan Marichal.  I think at least 75% of those players were on steroids though.

sMarty began broadcasting for the Reds in 1974.  He replaced Al Michaels who left to work for the Giants.  Al Michaels is a Traitor!!!!!!!

The Giants have a top 10 farm system.  According to John Sickels, the following players are the tops:

Questions that only Giants fans can answer (thanks Grant at McCovey Chronicles):

1.  What are the team's biggest strengths and weaknesses?

You heard it here first: The Giants' biggest strength is starting pitching, and their biggest weakness is their offense. Use that little piece of inside information for your fantasy drafts.

As unstainable as Pablo Sandoval's low-walk/high-rope ratio seems, he's a candidate to go nutty on the league. He hit in A-ball, he hit in AA-ball, he hit in the majors, he hit in winter leagues, and he's hitting this spring. Until he stops, I'll tell my brain to hold off on worrying.

3.  The Giants should contend...how bad are you going to freak out when Sabean trades away Bumgarner, Alderson, and Villalona(i.e., Sabean Special II)?

I'm not sure that it would be automatically awful to trade young pitching for hitting. If Bumgarner and Alderson both pitch well this year, Lincecum, Cain, and Sanchez pitch well, and the Giants are leading the division in July, Sabean should look to trade young pitching for a hitter who's a couple of years from free agency. The system shouldn't be gutted for Garrett Anderson, but if there's a chance to have Prince Fielder or Dan Uggla around until 2011, there's no way the Giants should just sit back, cross their arms, and say, "rebuilding!"

But as to something like a Villalona, Bumgarner, and Alderson for Matt Holliday deal...yeah, the only way I come down from that freakout is if a World Series flag is flying over AT&T Field. It's a moot point, I'm thinking, because I'm skeptical about the Giants' ability to contend this season.

4.  Are you worried about Lincecum's health due to his age, size, and his stupid ass pitch counts from last year?  I thought Dusty Baker managed the Reds in 2008.

I'm not too worried. Lincecum threw the 5th-most pitches in baseball, and everyone freaked out over his 138-pitch outing, but what's crazy is that was the only start by anyone in either league with more than 133 pitches. Ten years ago, a pitcher went over 133 pitches in a start 85 times. Things have changed, for sure. Lincecum's 2009 would have ranked 19th in Pitcher Abuse Points in 1999; his stress score would have ranked 26th. He led the majors in both categories last year.

The funny part about all that is that I'm not sure that pitchers are any healthier now. I worry about Lincecum because he's a pitcher, not because he's short or because Bochy was slagging his arm last year. I would have handled him differently, for sure, but I'm pretty sure that he wasn't abused to a pitchforks-and-torches level.

5.  What do you think about Zito?  Do you have any hope?  How bad does he get booed at the stadium?

I try not to think about Zito. Hope? Hope is a dangerous thing. Hope can drive a man insane....

Like Jamie Moyer and Tom Glavine, Zito doesn't need to throw much harder than 86 to get outs. The curve is still good, and his change is solid when it's on. Unlike Moyer and Glavine, Zito doesn't know where the ball is going half of the time. If he finds the magic Jeff Nelson/Randy Johnson suddenly-I-have-better-control-talisman, he'll be fine. There's about a 2% chance of that happening, though.

He doesn't get booed that bad, to be honest. If this continues for another couple of years, it isn't going to be pretty, but almost everyone wants the guy to succeed.

6.  How awesome is it going to be to see almost 7 foot tall Randy Johnson winning his 300th game with "Giants" spelled out across his chest?  Do you think the Giants should sign more really tall players?

I'm definitely in favor of tall players, especially if they stand next to Lincecum at every opportunity. I don't really care about #300, to be honest. I've thought about it, like, twice since the signing. It's a Wade Boggs/Devil Rays kind of association that's just going to get weirder as time goes on.  I love the signing, though. He's looked good this spring. Well, his pitching has, at least.