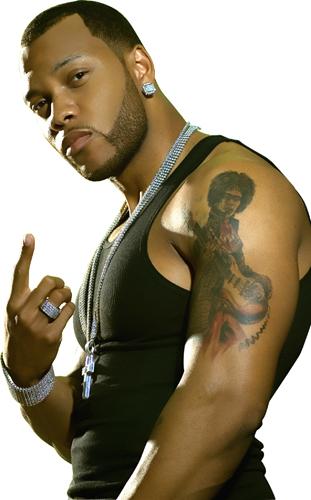 Began play in 1993. Charlie Hough and David Weathers were both pitchers on that team, as well as an ex-Cardinal named Cris (don't call my Chris) Carpenter. The inestimable Rene Lachemann as manager/foppish dandy. 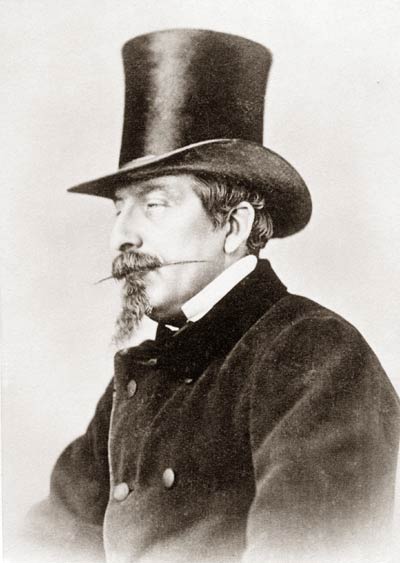 Above: Rene Lachemann was suspended for 9 games for using pine-tar on his moustaches.

Never won their division. Only have 5 winning seasons.

Went 84-77 last year, which put them in third behind the Phils and Mets.

The Young Body himself, Jeff Conine, has been called Mr. Marlin, as he put up some good seasons with the earliest of Marlins teams.

For the 2009 season, there are the following on the 40-man: Jorge Cantu (57 Abs in 2007) and Cody Ross (5 Abs in 2006). Cantu is from the Southwest (TX) and can't field, so I always used to confuse him with Jonny Gomes. Cody Ross hits from the right side, has a little bit of pop, and can play solid D. I would've liked to have him around the past couple of years, but apparently he took Wayne Krivsky's daughter out to Applebee's and never called her back, because he was traded for cash considerations after being on the Reds for a month.

Jason Standridge and John Koronka are Non-Roster Invitees. I'm not sure who salivates over Standridge more, Red Hot Mama or lefties (.901 OPS lifetime). John Koronka was irrelevant and should have been edited from this article.

Sweet Jerseys of the past:

I still love the set that the Marlins came out with in 1993. Lots of teal, lots of fun...I feel like it's the jersey to be dealing cocaine in. Of course, they switched to black and silver and orange to be bland and uninteresting and "keeping with the spirit of baseball" or whatever. Bring back the Don Johnsons! 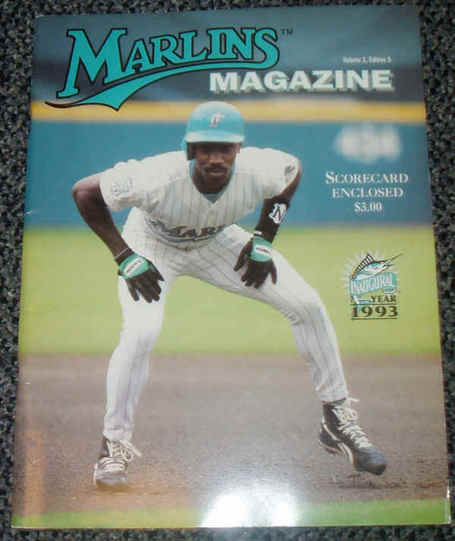 Also, in my graphic designing days, I reimagined Miami's team as El Nueve and added an identity to match. So I'm linking to that, for what its worth.

Nitty Gritty: OK, here's the part that took research. If you're interested in more, you ought to check out FishStripes.com, the SBNation blog. This craig fellow runs the place, and he seems to know his stuff, and I respect the e.e. cummings grammar in his name. They also have a guy named Orestes Destrade who I sincerely hope is the real Orestes Destrade pulling a Chris Dickerson.

If you're like me, you always equate the Marlins with really good, really young, SPs that they trade at exactly the right time. Just ask Ryan Dempster, Dontrelle Willis, or Josh Beckett. This year is no different.

2)      Josh Johnson: RHP 7-1/3.61/87.3. Was great in 2006, and is now recovering from elbow issues. Yup, its great to have 24-year-olds with elbow injuries slotted for 160ish innings. Especially when he "recovered surprisingly quickly". He should have a big bright siren going on over his head, but will be good if he can put in the innings. Also: a frustrating google search.

5)      Andrew Miller: LHP 6-10/5.87/107.3. Came over in the Dontrelle/Cabrera trade. Pitched 5 minor league innings for Detroit. Has yet to do anything noteworthy in the majors. But he wears #23 and went to UNC, so he darn well oughta be impressive. Still 23, but reaching Homer Bailey territory for the Marlins, complete with this great big red flag: "has been battling control issue and right knee tendinitis. His knee improved over the winter, and he will unveil a new delivery to help reduce the impact on the knee."

Bullpen: They say Matt Lindstrom is going to close, and I can see why. He's been in the bigs for 2 years (though he's from Idaho, so he had to spend the prerequisite 5 years in minor league territory for not being from the Sun Belt). He's put up a 3.11 ERA and 47:105 BB/K in that time. Seems solid.

But lets be honest, there's a lot of interchangeable 24-29 year olds who can throw heat. Scott Proctor is the Veteran Presencey guy. I think we're all rooting for Burke Badenhop and Rick VandenHurk, because they're werpers for our favorite Honkballing team. Though my darkhorse is Eulogio de la Cruz just so I can say great things about him when his career comes to a close.

Outlook: Jim Bowden-esque "lets just get a lot of folks who can throw in the 90's and see what sticks" gameplan. I would love to have Nolasco on my team, and Volstad is a guy to build a rotation around. I don't think the 1-5 rotation theory really works for them...they're gonna hope for 500 IP from Nolasco, Volstad, and Johnson and fill out the rest with whoever steps up. They have enough live arms for this to be a solid strategy, however. The SPs are going to be a strength, I gotta believe, but I think the bullpen could end up being shaky until there are defined roles.

Tomo Ohka All-Stars: A 21-year-old Ryan Tucker made his first start of his career on June 8 against the Reds. 5IP, 2H, 5BB, 6K, 1ER. One of those hits was a Corey HR, so it doesn't even really count. Tucker pitched 37 innings with an 8.27 ERA INCLUDING that game. Yipes.

1)      Cameron Maybin: CF .500/.543/.563/32 (avg/obp/slg/abs) last year. Also hitting the cover off the ball this spring. Always wanted to be a Red (I couldn't find a link, but there was a Griffey parallel and he's from Asheville, NC, which is WLW territory). Drafted by the Tigers, but traded in that Willis/Cabrera trade. Has the potential to be very, very, very, good. Wears #24, my HS lacrosse number, so I like him. And I think that if he can keep up his line from last season in 500+ ABs, we're talking Rookie of the Year, with possible MVP votes.

4)      Jorge Cantu: 3b .277/.327/.481/628.  He received his first everyday job since 2005 last year, and responded well, but I wouldn't bet on it happening again. Can't field all that well. If he was on the Reds, they still would not be a playoff team in 2007 or 2008, and besides, there are a bunch of 3bers coming up the pipeline from hereon out, so get over it. I remember him being a lot more interesting than he actually is...probably because I never knew the difference between him and Gomes. Last name sounds very similar to "Can too!"

5)      Dan Uggla: 2b .260/.360/.514/531. Probably the 3rd best 2b in the NL, which really is saying something. Has a lot of power and walks a bunch. A Louis-villain, he spent a while toiling in Arizona's minors until Florida picked him up. Wikipedia says he's a descendent of Swedish nobility, which I don't believe. He had 3 errors in the all-star game last year. He's well above average and will be that way for a few years. Think Jeff Kent, minus a moustache (that's bad) and assiness (that's good). I don't believe FoxSports, he'll hit 4th.

8)      Gaby Sanchez: 1b .375/.375/.625/8. Potentially a Votto-esque performer (I was told this was very, very, optimistic), but I don't buy it. Basically, if Wes Helms (70 OPS+ in '08) takes his job, its bad. I think the Marlins really want Dallas McPherson to show that he can take the job, but back surgery scares the bejabbers out of me, so I wouldn't be too committed to him playing every day. First base is a big question mark for the Marlins.

Bench: Mike Rabelo is the backup catcher and is replaceable with any other backup catcher you may know of. Brett Carroll will be the utility outfielder, and has crushed AAA pitching, but is 26 and hasn't been able to hit in the bigs yet. The nicest praise I could get for him is "powerful outfield arm" which is damning with faint praise. On the other hand, baseballcube has him as a "95 Power". Robert Andino is a hot-ish prospect, and Emilio Bonifacio sounds like he should be giving Papal Bulls. Alfredo Amezaga had less homers last year than he has A's in his name. He's also injured. I always thought Jay Gibbons (who was just cut) looked funny.

Outlook: If Hermida can pull a Stella and get his groove back, and Gaby Sanchez can earn the 1B job, then this team can be something to contend with. But I don't feel too confident relying on Cody Ross and those two to be real producers. And that's assuming Maybin can play as well as he has so far. And Cantu will stay dependable. Too many ifs.

BONUS: Jacob Brumfield All-Star (utility player that has stolen my heart). The one and only Quilvio Veras. My last years of organized baseball were spent in a league where we were named after MLB teams. I was lucky enough to be on the Marlins (since they were new, they were fresh. I got to wear one of those awesome teal hats). I played 2b, he played 2b. He wore #3, I wasn't nearly good enough to get a single-digit number. He went 56/77 in SBs his rookie year (1995) and then a HAVOC-esque 8/16 his second. Havoc, bitches. Havoc.

Historical country that this team resembles: Durrani Empire, 1747-1823. Stuck in an area between traditional powers, they were taken lightly by the surrounding kings (Ahmad Shah Durrani took over Kandahar in 1747, stuck between the Persians and Mughals in modern-day Afghanistan). After consolidating a solid core with the leftover local tribes (1993 redistribution draft), Ahmed Shah Durrani was able to finally acquire enough money to bring the other Pashtuns into the fold (1997 FA binge). Durrani was able to win an unexpected victory at the Third Battle of Panipat (1997 WS) over the Marathas (Cleveland/Subcontinental Indians), who were the superpower of the region. However, internal strife and problems to the near north (Huizenga/Braves) forced Durrani to reconsolidate farther south (influx of Dominican scouting). After years of deals and staying as quiet as possible, Durrani's progeny were able to use their Pashtun clan linkages (indomitable minor league system) to reobtain their past glory. The Durranis were then able to stay in power for a while by establishing a client relationship with the British and French (Red Sox and Tigers). Famous quote: "You think Pashtuns [Marlins all-star-caliber players] are for sale, but they are only for rent."

There are two things that I have to say about the Marlins. This current edition of them reminds me of a Bowden team, but with more talent. You're relying on a lot of young folks to perform at career highs in order to make something out of the season. I'm not sure that you can do that with this group. The pitching is there, sure, but I'm not sure about the hitters. Defense is nothing to rave about, either: Cantu-Ramirez ain't much better of a left side then Encarnacion-Keppzaleston. IF everything goes to plan, they can be up at the top of the East. If not, well, that's my other point...

...I think that being a Marlins fan is very different than being a fan of any other team. We all know about the turnarounds, the youth, and everything else. In 2006, 6 of the 9 players receiving votes for Rookie of the Year were Marlins. This is all very impressive, yeah. But the team is starting their 16th year. They've won 2 series. So the fan base is just starting to mature...but there really is no "brand" for the franchise. Jeff Conine, for crying out loud, is Mr. Marlin. They decided to ditch the teal, which is too bad. I really have no idea what you are rooting FOR when you are a Marlins fan. I'm posting this over at FishStripes (check out that link...Dan 2.0 gave me some interesting answers) before it goes to RedReporter to see what their responses are.