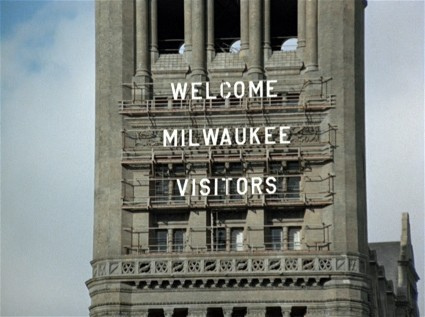 Before talking about 2009 I'll give the Brewers some major props for getting to the playoffs last year.  Surviving both the reign of Bud Selig and a league switch, GM Doug Melvin and the Brewers patiently built a young, talented core (Prince Fielder, Ryan Braun, JJ Hardy, Rickie Weeks, Corey Hart, and Ben Sheets are all Brewer draftees) and then went for it all in leveraging an elite minor leaguer to land CC Sabathia last July.  Sabathia went 11-2 with a 1.65 ERA for Milwaukee in 17 games and started on three days rest during the stretch run, literally figuratively carrying the Brewers to the postseason.  The Brewers also took a roll of the dice in firing their manager in September, though whether that made any difference is questionable.

Helping them get to the good land was a vastly improved defense.  By defensive efficiency (the rate at which a team turns balls in play into outs), the Brewers finished tied for second in the NL last year with a .698 DER (guess who was last?).  In 2007,  in comparison, they finished 14th with a .677 DER.  Much of this can be attributed to the defensive realignment involving moving Ryan Braun to the outfield, which by my rough count gained them 3 wins:

This is obviously looking at only one metric and not accounting for the other players at these positions (for instance, CF while Cameron was on suspension), but by any measure the switch of Braun to LF was a substantial gain and kudos should go to Milwaukee for making the switch (Uncle Walt, take note).

The Brewers jumped to 90 wins last year, from 83 in '07 and 75 in '06, to a cap their ascendancy this decade.  Some of the gain is due to slightly outperforming their pythag.  But improving by seven wins while losing a key starter (Yovanni Gallardo) and closer (Coco) while seeing several down years at the plate (see below) is impressive.   To say that the improvement was due to a better defense, a healthy Ben Sheets, and the trade for Sabathia is a fair characterization.

Now that I'm done congratulating Milwaukee on a job well done in '08, I don't think new manager Ken Macha will be able to lead them back to the postseason.  Losing both Sabathia and Ben Sheets (189 IP, 3.09 ERA) to free agency means that over 300 excellent innings need to be replaced, which is about 11 wins over replacement.  This would be a lot to ask even if both players returned.  Milwaukee expects Yovanni Gallardo to pick up some of the slack.  Gallardo had a great rookie year in '07 as a 21 year-old, throwing 110 innings with a 3.67/122 ERA/ERA+ and about a 3:1 K/BB ratio after being called up  in June.  But he missed most of last year with a torn ACL.  The remaining starters (Suppan, Parra, Bush, and McClung or Villanuova; Capuano signed a minor league deal after missing '08 with TJ surgery) should consume a fair number of innings but don't offer a ton of upside, so a good year from Gallardo is necessary if the rotation is to be significantly above average.  Like last year, they may need to make a big trade to bolster their rotation.  26 year-old shortstop JJ Hardy has a lot of value after two strong seasons and could be moved if they think his understudy Alcides Escobar is ready.

The Brewers will also need to replace two good relievers.  Closer Salmon Torres retired (80 IP, 123 ERA+, 28 saves) and lefty specialist Brian Shouse signed with Tampa Bay (51 IP, 153 ERA+, 486 OPS versus lefties).  To offset these losses Milwaukee opened up its wallet and signed Trevor Hoffman, about 20 years after we drafted him as a SS.  Even as he's aged he's still been good for 50-60 IP and an ERA under 3 in most years.  But last year he had a problem keeping the ball in the park (8 HR in 45 IP), which bumped his ERA up to 3.77 (a very pedestrian 101 ERA+).  This could be simply a small sample fluke; he did have 46 Ks against 9 BBs.  But if it's not, and he's going from spacious PETCO to the neutral Miller Park as a 41 year-old, there could be real trouble.  Aside from Hoffman, Milwaukee could really use a bounceback year from David Riske, who went from a solid middle reliever to dreck after signing a 3 year/13M deal last winter.  Also, losing Eric Gagne should be a nice example of addition by subtraction.

There are more reasons for optimism on the offensive side.  The Brewers were 7th in runs scored in the NL last year and had a 103 OPS+, and that was with down years from several young regulars:

All of these guys are still in their 20s and only Hall will be older than 27, so it's a decent bet that three or four of them will rebound.  ZiPS agrees.  That will have to happen if the Brewers are to approach 90 wins.   Fortunately for the Brewers, they don't expect a significant dropoff from their other regulars as Hardy, Mike Cameron, and Jason Kendall generally performed as expected.

You may have noticed that the Brewers picked up Todd Coffey towards the end of last year.  It will be nice to watch that giggling mound of flesh sprint from the bullpen on someone else's dime.  Other than Coffey there's Mike Cameron, who probably cursed our franchise after being traded for Junior after the '99 season.  There's really no other rational explanation for this decade.

Speaking of '99, there isn't much linking the Reds and Brewers historically other than Milwaukee taking two of three from us on October 1-3, 1999, forcing the one-game playoff where Al Leiter owned us.  The Brewers were only in their second year in the NL at the time.  But the similarities shared by the two cities could create a spirited rivalry if both teams were ever good at the same time.  A battle of the Rhine, if you will.

If you need to know who the Bill Hall All-Star is, please turn in your internet license.  I didn't see any Tomo Ohka All-Star candidates.

Last year we went 10-8 against Milwaukee, proving we should have been in the playoffs.  This year, the home series are on  May 6-7 and July 16-19 and the away series are on April 13-15, May 29-31, August 25-27.  Anyone interested in road tripping to Milwaukee should contact the Milwaukee Visitors Bureau or our own Justin 007000.

Final thoughts: the offense improves, but the pitching tests the patience of the Milwaukee faithful.  3rd place, 84-78.  If someone wants to invite battlekow over to set the record straight on anything, feel free.