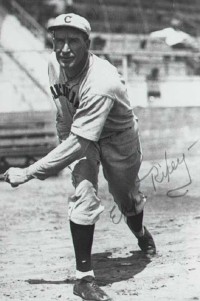 Rixey was nearly 30 years old when he first pitched with the Reds, after quite a few seasons with the Phillies. And in the four seasons immediately preceding his Cincy debut, Rixey had two 20-loss seasons and one season lost to service in the Great War. It was not an unintelligent position for Philly to think that Rixey was basically done. Instead, however, Rixey gave the Reds 13 years, becoming the franchise’s all-time leader in victories (179). In his first five seasons with the Reds, Rixey put together a 100-71 record, pitched 1,449 innings, and maintained an ERA of 2.96 (130 ERA+). At the end of the 1925 season, Rixey’s production level declined significantly, although he continued a heavy workload for a few more years. Pointing to Rixey’s exceptional talent was his ability to add value even into his 40’s. In 1932, at age 41, in a hybrid starter-reliever role, Rixey pitched in 25 games, throwing 111.2 innings, and managing a 144 ERA+. In addition to Rixey’s high win total, he amassed almost 2900 innings as a Red while allowing a 3.33 ERA (118 ERA+). 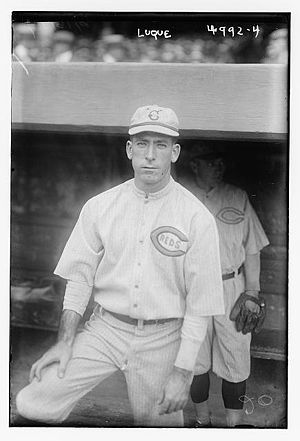 Known as "The Pride of Havana", the fair-skinned Luque played 20 years in the National League, at a time when his darker compatriots were barred from entry into the league. In the midst of his 12 year stint with the Reds, Luque put together the greatest post-1900 season by a pitcher in franchise history. In 1923, Luque was 27-8, with a 1.93 ERA (201 ERA+) over 322 innings—including six shutouts and two saves. Two years later, Luque led the league in ERA+ again…but this time with a losing record, despite the team being seven games over .500 for the year. Earlier in his career, Luque was often used as a reliever—in the championship 1919 season, Luque only started 9 of his 30 appearances, and in the World Series, made two relief appearances, and only gave up one hit in his five innings. Overall, Luque’s numbers as a Red are rather similar to Rixey’s: Luque threw about 200 fewer innings, and won 25 fewer games, but had better rate stats (3.09 ERA, 121 ERA+…3 points of ERA+ higher than Rixey). Given Luque’s impressive peak, the nod goes to Luque as the 2nd best pitcher in Reds history.