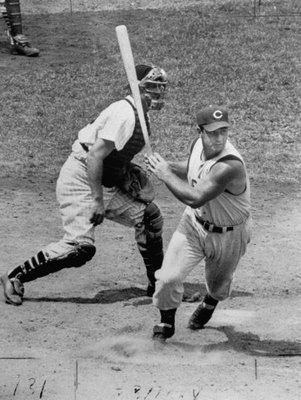 During the Second World War, the Reds held their spring training operations at Indiana University, where team scouts happened upon a two-sport standout student-athlete belting home runs that went considerably farther than any of those hit by the team’s paid professionals. A few years later, the student continued his power-hitting ways as the Reds starting first baseman, a post he would hold for the better part of a decade. Despite the obvious power, Kluszewski was not a great hitter in the early part of his career. From his debut in 1947 through the end of the 1951 season, Klu hit just 58 home runs while hitting .286, good for a 101 OPS+ over the period. He was, however, about to enter his prime, and from 1952 through 1956, Big Klu was one of the most complete power hitters in the game. In 1952, his ability to reach base safely, via hit or walk, broke through to a new level (posting new personal highs of .320 and .383), and while the home runs weren’t quite at a "great" level, he rather curiously hit 11 triples to go along with his 24 doubles and 16 dingers. He struck out 28 times that year, marking the last time as a Red that Klu would strike out more times than he left the yard. 1953-55 represented three straight seasons of at least 40 home runs, and no more than 40 whiffs (no hitter has done this even one time since). Overall, from 1952-56, Klu hit .316 with 187 home runs, 295 walks, and 168 strikeouts (with a 148 OPS+). In his zenith year of 1954, the baseball card stats were eye-popping: .326, 49 HR, 141 RBI, and he finished 2nd in MVP voting to a deserving Willie Mays. In addition to the power and bat control combination, Klu was noted for his inability to stay healthy: he really only played four full seasons out of his 15-year career. After the end of his remarkable 5-year string from ’52-’56, things quickly fell apart, and he never again hit .300, and topped 10 home runs only once (with 15 in his final season of 1961 with the Angels). 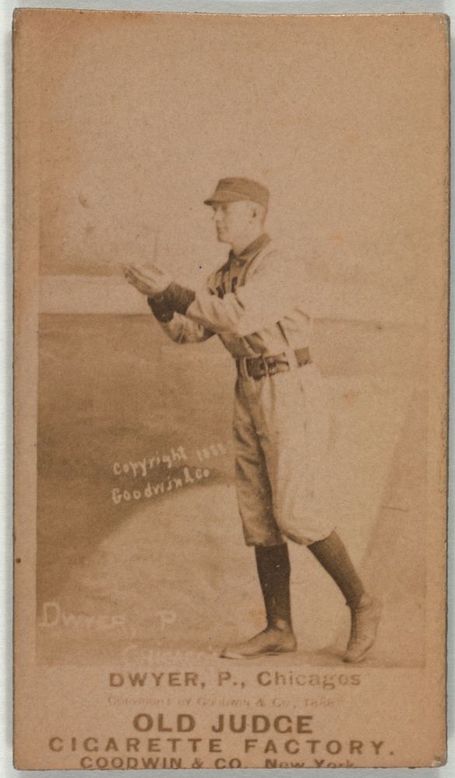 In the early era of the sport, pitchers were seen as rather fungible assets, quick to break down and easily replaced. Such it was with Frank Dwyer, who was released by St. Louis in June, 1892, and subsequently picked up by Cincinnati. It was already his sixth team in just the fifth season of his career, but it would be his last: Dwyer cemented his place with the franchise by responding to his release with a vengeance, winning 19 games over the remainder of the ’92 season while posting a 2.33 ERA (140 ERA+). Year after year, for the next six, Dwyer was a consistent pitching machine, winning at least 16 games every year, throwing at least 240 innings in each, and posting an above average ERA every time. Statistically, the era was even less similar to today’s game than you think: Dwyer once finished 9th in the league’s strikeout-to-walk ratio standings, despite allowing more walks than he had strikeouts. He also put up a 109 ERA+ one year with an ERA over 5.00. What Dwyer excelled at, relative to his peers, was limiting free baserunners via the walk: every single season with the Reds in which Dwyer pitched in enough games to qualify (1892-98), he finished no worse than 7th in walks per inning, and twice finished as high as 2nd. In his best season of 1896, Dwyer led a very strong Reds team (77-50, 3rd place in the NL) with a 24-11 record, a 3.15 ERA (147 ERA+), and 288.2 innings. Over the course of his time with Cincinnati, his cumulatve record was 132-101 and his ERA+ was 121 over 1,983 innings.