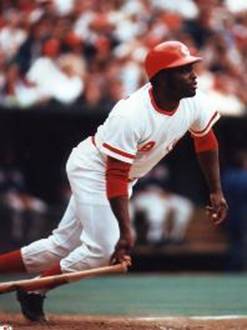 Of the 10 best individual seasons by a Reds player since the advent of the live-ball era, five of them belong to Joe Morgan (the ’72-’76 years). Since the "prime" rank is used to describe how good a player was over his best five consecutive seasons, a #1 ranking for Morgan in that category still probably understates his greatness over that stretch (Morgan’s prime score is 22% higher than the #2 guy). Upon being traded to the Reds after the 1971 season, Morgan had already turned 28 years of age, but was probably seen as an underwhelming acquisition: he had only barely topped a .400 slugging percentage in three distinct seasons, had relatively low batting averages, and had only made two all-star teams. This was worth giving up Lee May? Credit the Reds for taking the damaging effects of the Astrodome into account, however, as Morgan had a very respectable 121 OPS+ to that point of his career. Still, I have a hard time believing that the Reds’ brass had any idea just how good a player they were getting.

Morgan had a really good 1977 season, albeit not quite at the level of the previous five years, then fell down to the status of merely good, with OPS+’s of 105 and 107 in 1978 and ’79, respectively, and Morgan was granted free agency after the 1979 season—leaving the Reds with Junior Kennedy and Ron Oester to man his vacated position as he signed with the Astros. In terms of the brightest star ever to grace Cincy’s ballfields, Morgan is a strong #1 with a cushion—and we’re unlikely to see anything like it in Redsland again. His final numbers for his Reds tenure: just under 5000 plate appearances, over 400 stolen bases, 147 OPS+, 5 Gold Glove awards.