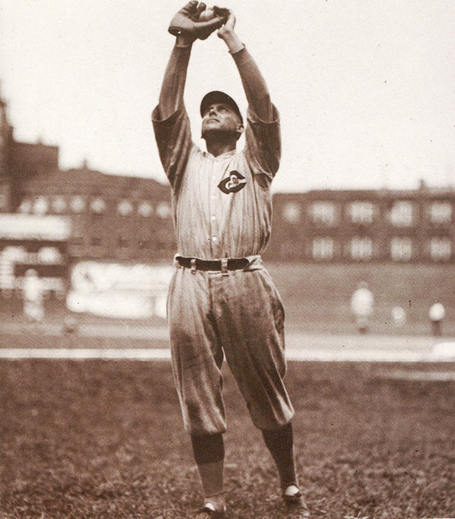 In July of 1916, the Reds traded Buck Herzog and Red Killefer, two players on the wrong side of 30 with limited future value, for three future hall-of-famers. One of the stars was just about done with his amazing career (Christy Mathewson), and one was a below-average player who would garner his fame as a manager (Bill McKechnie)—including two trips with the Reds to the World Series in 1939-40. The other future hall of famer was a 23 year old ballhawk named Edd Roush who had some success in a couple seasons in the Federal League, but in 71 National League plate appearances with the Giants had shown to be quite the bust.

Upon arriving in Cincinnati, however, Roush’s fortunes changed: his batting average rose 100 points and his slugging percentage 200 points over his New York line, and he was just getting started. His first full year in Cincy (1917) saw Roush lead the league with a .341 batting average, and what would be the highest OPS+ of his career (159). The next year he topped all Nationals in OPS/OPS+ (823/153), and the year after that, Roush continued using his incredibly heavy bat (48 oz.) to near-perfection, again pacing the league in hitting (.321 batting average). The 1919 season, in addition to being a banner year for the team, was where all of Roush’s skills harmonically aligned. The hitting excellence continued, per usual: along with the high average, Roush finished 2nd in RBI (71), 5th in runs (73), and posted a 3rd-best OPS+ of 146. In the field, Roush set himself apart. To that point in his career, Roush would generally commit 10-15 errors per season, in line with the average outfield percentages of the day. He was, nonetheless, considered a good fielder, due to his speed and what was considered the best outfield arm in the game. In 1919, the errors dried up, and he made 22 assists against just 4 errors. His fielding percentage was over 25 points higher than the average outfielder, all while making half a play more per game. In that year’s World Series Roush hit poorly (.214 average), a fact that perhaps contributed to his life-long insistence that the Reds would have beaten Chicago if the games were on the level.

In 1921, Roush kicked off a 3-year stretch of batting for at least a .350 average (and just missed a 4th year in 1924 by one hit). The middle of that stretch—1922—was marred by a contract dispute that caused Roush to play in just 49 of the team’s 156 games that year. Perhaps the time off was put to good use, though, since Roush came back in 1923 with a career-high 41 doubles (his prior high was just 27) and a 148 OPS+. By this point, Roush was 30 years old, and a slow fade commenced, although his last season with the Reds before being traded back to the Giants still produced a solid OPS+ of 123. After 3 years with the Giants, and then a lost season (1930) to another holdout, Roush came back for a last hurrah with the Reds, but his hitting skills had declined to the point where he was no longer a viable contributor, and he retired after the season.