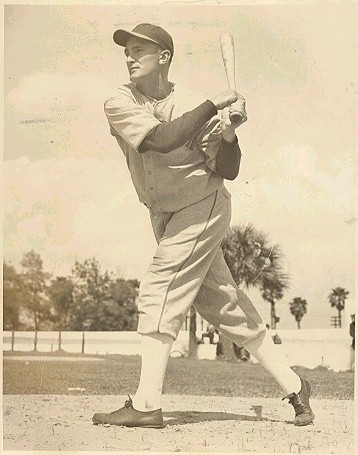 In the "file under strange statistical minutia" category, McCormick happens to be one of just three players to ever lead the National League in hits in three consecutive seasons (along with Ginger Beaumont and Rogers Hornsby). As for capturing who McCormick was as a player, think a more consistent version of Sean Casey with a better glove. In fact, the career totals for the two players is fairly similar: 299/348/434 over 6200 plate appearances for McCormick, 302/367/447 across 5600 plate appearances for The Mayor. Even the counting stats were relatively close: 722 runs scored, 334 doubles, and 128 homers for McCormick compared to 690, 322, and 130 for Mr. Casey. McCormick played in a lower run environment (118 OPS+ compared to Casey’s 109), but he also played throughout the duration of World War 2, while the level of competition was way down. But as mentioned, McCormick had a very good glove, setting an MLB first basemen record during 1945-46 with 131 straight games without an error. As noted in the table above, McCormick won an MVP award in 1940, concurrent with the pennant-winning season. It is apparent that the team success carried a LOT of weight with the voters of the time: in that 1940 MVP vote, 3 of the top 4 and 5 of the top 10 vote recepients were Reds, and McCormick beat out Johnny Mize, despite being almost 200 points of OPS behind the St. Louis first baseman. In that season’s World Series, the Reds won in spite of McCormick, who only hit .214, and did not drive in a single run. 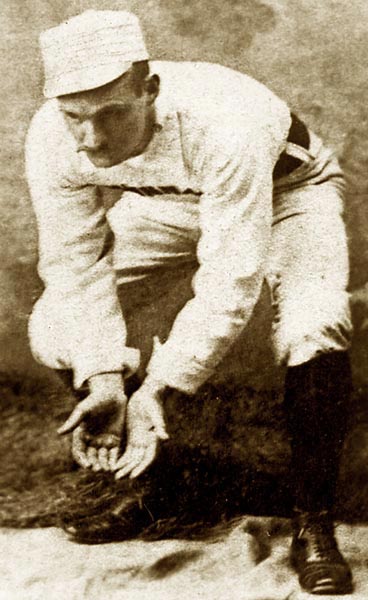 McPhee played his entire 18 year career in Cincinnati, although for the purposes of this ranking, only the final ten years—all played after McPhee turned 30—were counted. If his entire American Association career were included, McPhee would almost certainly be in the top 10. Note that his "Reds Leaderboard" rankings above do include the AA stats, such as the 95 bases he stole in 1887. Nevertheless, the 2nd half of McPhee’s career is still top-20 worthy, and the status is based on three primary strengths: 1) he excelled at taking a walk, finishing in the NL top-10 every year from 1890-1895. In fact, during the NL years, his on-base percentage was a full 100 points higher than his batting average (.378 vs. .278); 2) even in his 30’s, he was a speedster, stealing 316 bases in the 10 NL seasons; and 3) his defensive quality at second base was obvious. These were the days of no gloves, or primitive ones at best, and even with a routine season witnessing 40-50 errors from McPhee, he was still one of the best. Consider the 1892 season, in which McPhee made 51 errors en route to a fielding percentage of .948. The league average at 2nd base that year was just .928, and the average fielder made almost a full play less per game than McPhee. He wasn’t an offensive superstar—in his best season of 1892, he rode 84 walks to an OPS+ of 126 despite just having 35 extra base hits in 573 at-bats, but his consistency (his worst offensive season, nearing the end of his career, was an OPS+ of 91) and his defensive supremacy (which did continue all the way through the end of his career) makes McPhee a legitimate Cincy legend.