10 Things On Which My Heart Disagrees with My Head

Share All sharing options for: 10 Things On Which My Heart Disagrees with My Head 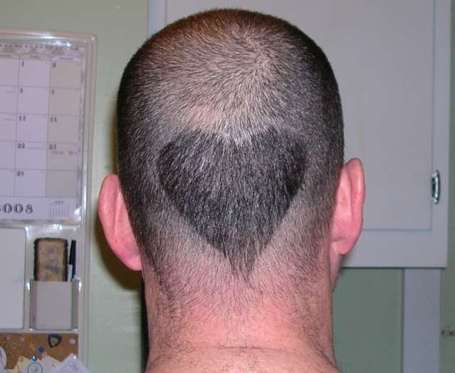 I know most of you think I am some cold Tin Man with no heart, but I too can be conflicted by what the data shows compared to what my gut tells me will happen.  Here are ten topics where I see one thing, but believe something different.

1. Aaron Harang will win a Cy Young in the next two seasons.  Despite the injury last year, I still believe that Aaron Harang is going to be a #1 starter this season.  My heart goes so far as to say that he could win the Cy Young, despite the fact that my head knows all that has to happen for that to occur.  I do think he'll go to the All Star game next year though.

2. Edwin Encarnacion is going to have a monster season.  While my head expects EdE to see some continued improvement this year, it's not to the level that my heart does.  My heart thinks he can be a very good hitter who sprays line drives all over the field and drives in 110+ runs.  My head is not so sure about that.

3. The Reds had to sign Francisco Cordero to that monster contract.  My head thinks that move set the organization back by locking up a lot of money for a small amount of innings.  My heart feels that the Reds needed to do that to make an impact in an area that had been a weak spot on the team for the two previous seasons.

4. The Reds should start Chris Valaika at shortstop and Drew Stubbs in center this season.  My heart is ready for the future to be here now.  My head feels like the topic isn't even worth commenting on.

5. The Reds should try to acquire Austin Kearns on the cheap.  My head thinks Kearns is still a decent player, but he's probably not worth the salary.  Besides, just because he had a couple of decent years with the Reds doesn't mean he can come back and succeed.  My heart likes to tell my head to shut up on this one.  Something inside me really wishes Kearns could go back to before the injuries and do it all again.  That young kid could rake.

6. Joey Votto will go to multiple All Star games.  My heart is head over heels for Votto.  It thinks he is going to be a superstar starting next season.  My head knows that the chances of him even making an All Star team are slim with Pujols, Berkman, Derrek Lee, Prince Fielder, Adrian Gonzalez, and Ryan Howard all at the same position.

7. MLB Network is awesome.  My heart: "Wow, a network devoted entirely to the national pasttime."  My head: "Oh great, more chances to see Yankees and Red Sox highlights and more screaming talking-heads saying nothing worth hearing."

8. MLB needs a salary cap & floor.  My head realizes that smart teams can win in any conditions.  My heart knows that its favorite team does not appear to be one of those smart teams and would like some help.

9. The Rays will be contenders in 2009.  My heart loves the underdog and thinks they always have a shot.  My head remembers how much Colorado fell off last year and knows that the Yankees and Red Sox are doing whatever it takes to get better with resources way beyond what the Rays have.

10. The Reds will be contenders in 2009.  Okay, that's not really true.  My heart is listening to my head on this one, for its own health and well-being.

On what topics are your heart and head in disagreement?